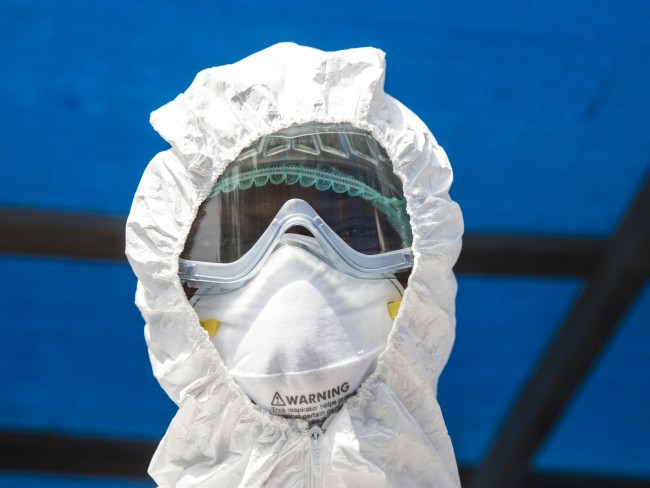 Who is Will Pooley, you ask. He’s a British nurse (Note early sign of bravery: disregarding gendered assumptions about professions.) who worked in an infectious disease hospital in Sierra Leone during an Ebola outbreak. The situation was chaotic. He knew he was in trouble. He knew he was at a very high risk of catching Ebola – in fact, he decided he had a 50% chance of getting it and a 50% chance of surviving if he was infected.

And he did get Ebola. And he survived. And, you know, at the time they were pretty sure Ebola survivors were immune to the virus.

So he went back to Sierra Leone two months after he recovered to keep fighting the virus. As a volunteer. And if you ask him, he’ll tell you he’s not any kind of hero. ” I’m working with masses of local staff who are risking death. The big problem at the moment is they haven’t been paid for months –which sounds bad enough to English ears, but in Sierra Leone if you’re not getting paid, then you’re facing starvation. But they’re still coming to work. They are the heroes.”

I suspect we all have that kind of brave in us, if we listen to it instead of drowning it out with shopping and entertainment and all the things we do to avoid doing the hard stuff.