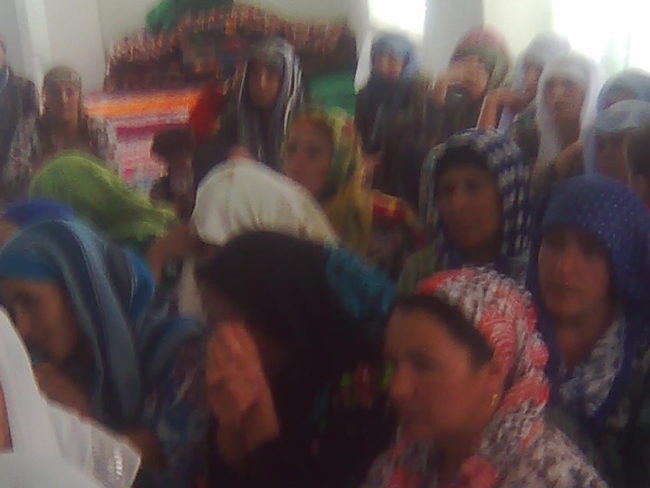 1) I once held a focus group with women in rural Tajikistan, to learn about the increasing hunger and food insecurity. The women told terrible, desperate stories, of burning fruit trees for warmth and watching their kitchen gardens wash away in heavy spring rains. At the end of our discussion, three different women invited me to come home with them for a meal. They did realize the irony; one woman said, shyly, “I don’t have any fruit or sweets, but I have bread and tea.”

2) In 1997, I went to Jerusalem for Thanksgiving (I was living in Cairo, so I took the bus). My wallet was stolen. I told a Palestinian shopkeeper in the old city what had happened to me, and he took me into his shop and made me a cup of tea. Then he told the managers of the shops around me what had happened. Shop employees came, and brought me money. Small amounts – 5 or 6 shekels (about $2) each, but these were not people who had a lot of money. They brought me, a rich American by any standard, money, because I was alone in their country and needed help.

3) When my husband and I lived in Turkmenistan, we had a good friend, Katrina, who was a Peace Corps volunteer. Her host family treated her as a true daughter, and she reciprocated their affection. When the government marked their house for demolition, she helped them as they packed their things and got ready to move to the shoddy, depressing apartment they were being given in return. In the same period, I was transferred to Uzbekistan. Katrina’s host family was determined to have us over for a meal before we left, since they had heard all about us but we’d never eaten with them. We would be leaving before they moved into their new place, so they had us over to what remained of their home.

They had us over for dinner as their house was being torn down. The house had been two stories, but was down to one. The government had torn off the second floor and taken the bricks for salvage. It was raining that night, and the roof in the living room leaked, since it wasn’t really a roof; it was just the floor of the second story. Katrina’s host mom moved us to the kitchen, and sat us at the kitchen table while she made lamb pilaf and salad. We ate, all together, in the corner of the warm damp kitchen.

You can always find a way to give, if you want to.

(this is a reprint from my old blog at bloodandmilk.org, updated with some typos fixed and a picture of the actual focus group I facilitated)