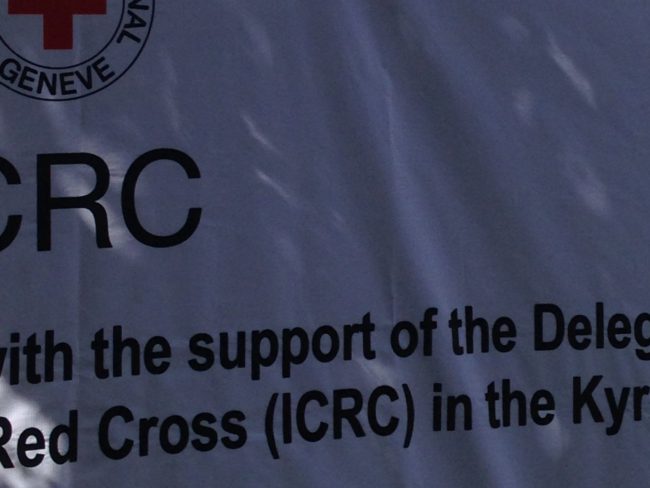 I’m not singling out ICRC here, they’re just the first logo I found on my hard drive

When we talk about transparency in international development, we almost never talking about transparency with beneficiaries. We may not realize that, but it’s the case nonetheless. When we’re revealing our overhead costs and opening up detailed budgets, and workplans, we are doing so for the benefit of the donor and of our organizations working in development. We’re not doing it for the people at the end of the line – the voter in an election we helped support or the farmer using a new fertilizer technique.

You can tell we’re not doing it for communities who receive aid because we’re not sharing information in way most people can understand. We’re barely sharing information at all. What we are sharing is data, big masses of unprocessed data – the kind of data people earn salaries or graduate degrees by turning it into meaning. Spreadsheets aren’t accessible to most people. They’re hard to read and understand. You need training in their use to get the most from a complex table. An example – I love AidData. I love what they’re trying to do. But this dashboard is not for anyone without a college degree or an unusual affinity for computer tools.

One could argue, I suppose, that by enabling development projects to learn from each other, we’re supporting communities who receive aid. They will gain if the projects that seek to help them are better projects. But that potential for indirect gain does not mean we’re being transparent with them.

What would community transparency look like? If written, it would be in a language the community understands – Krio, Kreyol, Kyrgyz, Kannada – whatever most people speak and read. Not English or the language of the funding agency. It might be visual – pictures of  projects in action or their results. It might be on TV or the radio – a discussion of what aid work is being done, in what way, and how it is funded. It might involve whichever social media is popular in country, or a series of informative community meetings.

At core, it would provide truthful, useful information in a format that most people can understand.

It would include an honest discussion of motives. “Germany is funding education in your country because they want you to get a job in your own country and not emigrate.” Or, “the US is supporting infrastructure in Afghanistan so people will stop judging us for plunging the whole country into endless violence.” Cynical, perhaps, but being in a country that needs aid doesn’t tend to make you an optimistic believer in altruism. No one thinks the US is giving foreign aid out of sheer moral obligation, even if that is sometimes the case. When you offer an understandable motive, people trust you.

This kind of transparency isn’t easy. But it’s important. It’s important to good aid, because development isn’t something we do to people. It is a partnership, and you cannot have partnership when no one understands what you are doing. It’s also important because in the era of smartphones, rumors travel faster than ever before. People will know – the Chinese are funding something, there’s an Australian funded project on an Island, the sex workers are getting free condoms from somewhere. They will know, and they will take pictures, and they will share everything they believe, true or false, and they’ll share their pictures of it too. The truth needs to be accessible, or the truthiness will rule the day.

This blog post is for Herman, who reminded me that people do read this blog, and for Jeff, who is, as always, a valuable source of rage and insight

One thought on “Friday Futures: What does transparency really mean?”