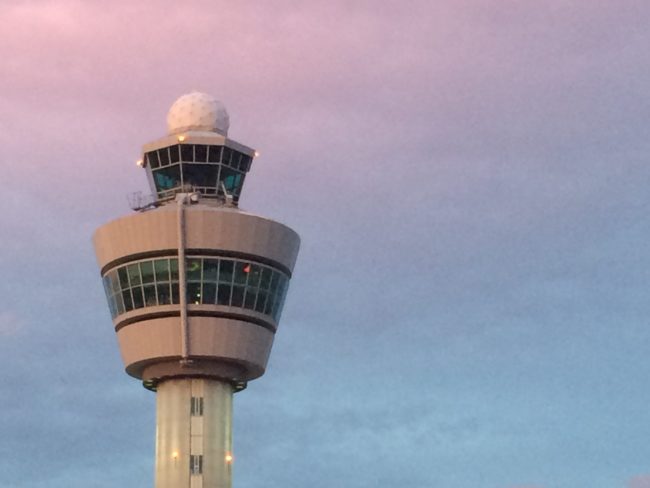 The start of my very first overseas trip as an aid worker, in 2007. I’d done plenty of development work at that point, but this was my first foray into humanitarian response. This is an excerpt from my journal at the time.

This is how you get to Iraq:

You get up early and head to the airport in Amman. You spend a long, long time waiting for your flight. Your flight, when you finally board it, is on Royal Jordanian. The plane is small and unmarked. The flight attendants are fierce, and German. The pilots are named Gareth and Werner; you can see them through the little plane window on the nose. You board the plane. It is you, a few Iraqis, and a lot of private security contractors. The mercs are clichés. They wear earth tones and talk about weaponry, carrying concealed in Florida, bad shit they have seen in Iraq.

Apparently fear makes you sleepy. You drift off as soon as the plane takes air, wake up in time for the meal. Two sandwiches, one cheese, one turkey ham. A muffin. Tiny condiments with pictures of tourist sites in Jordan. You eat, fall asleep again. Wake to an announcement from the captain. Your tray is long gone. The plane is circling Baghdad. Only one plane can descend at a time, and you are third in the queue. You look out the window and see only clouds.

You wake up as your ears pop, Baghdad spread below you. It appears battered, even from the air. Houses with pieces bitten out. A lot of brown scrub, very few cars on the road. The plane touches down and the runway rushes past you. There are humvees parked on the tarmac. The grass is full of burned rubble.

There is an airport bus; somehow this is surprising. The airport is not so different from the one in Amman, grubby and smoke scented. Your colleague meets you as you are making your way through passport control, getting your Iraqi visa. Your passport is stamped, your luggage collected. Welcome to Baghdad. This is not a joke.

And this is how you get to your office:

Your colleague leads you outside. He insists on carrying your bags. There are taxis outside, pushy guys with unusually nice cars for an Arab airport. Your colleague looks them over, picks one. You do not speak. You are wearing hijab as your colleague requested, to make you a low value target. Your chin itches where the cloth is pinned beneath it. It has been itching since Amman. You do not speak, to conceal your nationality. The passport men said you looked Iraqi. This is good, mostly.

The taxi takes you quickly out of the airport, through a maze of checkpoints – American soldiers, Iraqi police. Your colleague does not speak to the driver, although both of them are smoking. After about ten minutes, you pull up to a gathering of cars, a small parking lot. Your colleague tells you to go sit in the blue Mercedes. You go and sit in the blue Mercedes, carrying your purse and laptop with you. Your colleague is met by the office driver and security officer. They are moving fast, grab your luggage, put it in the trunk of the Mercedes.

Your colleague gets it, leans across you to lock your door. The driver and security officer are in front. The car rockets forward and your colleague bends down, takes the handgun from the floor by your feet and tucks it under his floor mat.

Everyone in the car is alert. The security officer talks on the radio, gathering information and snapping instructions. Sometimes your colleague stiffens as he looks out the window, glances quickly to his feet. The car is going very, very fast. A command snaps over the radio; you decelerate. An American convoy comes by, a tank, two humvees. The tank is rotating its gun, sighting at the cars as it rumbles by. You wait for a long time as it passes. SUVs fly past you. Some have gun turrets attached to them. Others just have automatic weapons pointed out the windows. None of this seems real. The car is silent and tense.

Eventually you are moving again. You pass the charred remains of cars on the side of the road, Signs that say, in English and Arabic, do not enter deadly force will be used. More armed SUVs. Sometimes the land by the road is swampy and smells like sewage. It is always barren. Brown scrub, razor wire. A damaged bridge. As you get closer into the city, you see people walking, stores. Kiosks like you find all over the Arab world. Women in abayas. You realize at some point that there is a second car leading you, providing advice on the radio.

Eventually you get to your office. You pass a checkpoint without stopping, realize it is yours. You are hustled out of the car and into your compound. This is your home for the next week.

This is your security briefing: do not worry about the explosions. If things are bad enough for you to worry, a security guard will already be removing you to safety. It’s a civil war out there. Stay inside. Don’t ask for details, they say. You don’t want to know.

You can hear the explosions. Explosions and gunfire. Lots of it. You don’t ask.