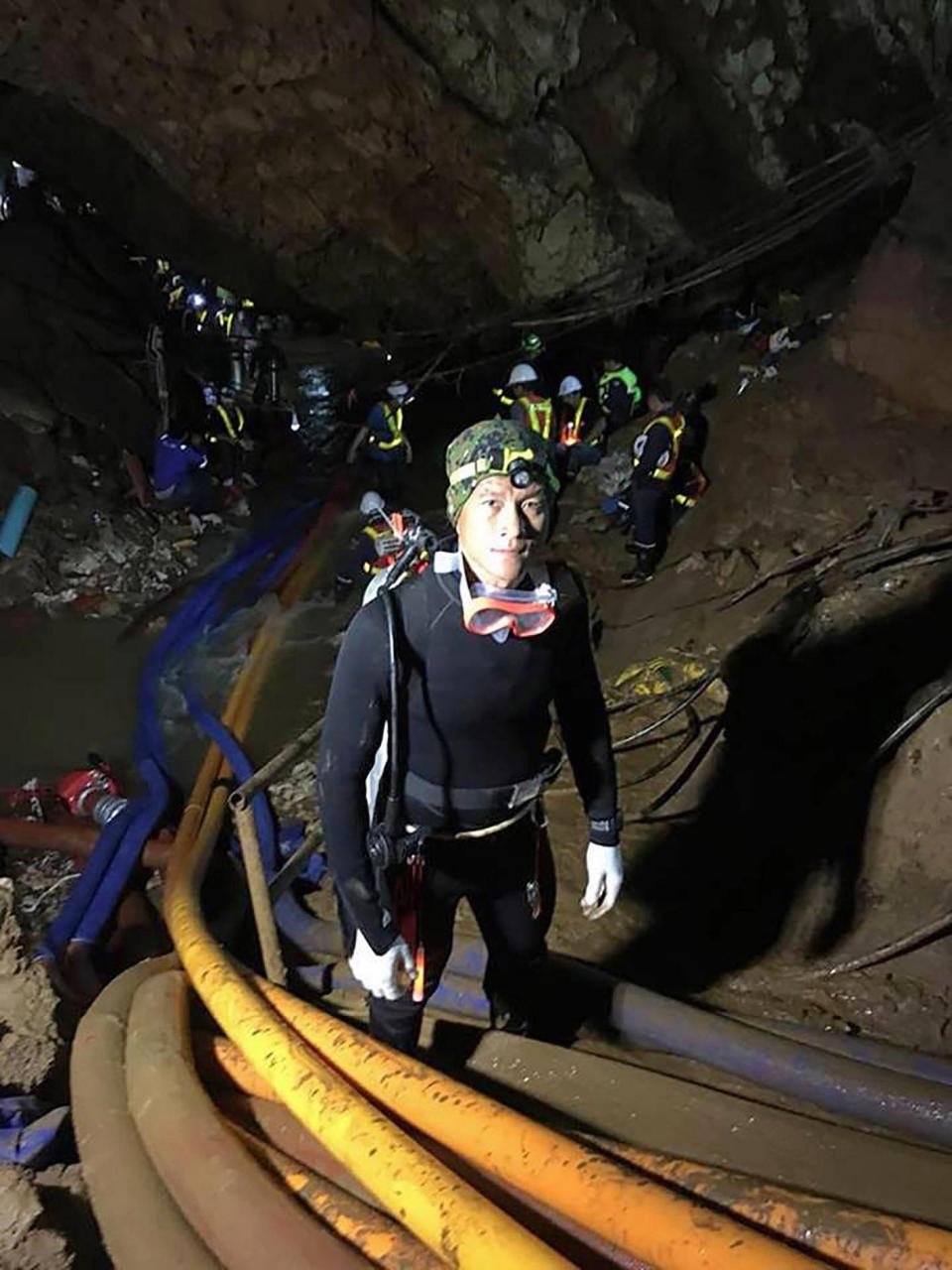 Here’s brave: Saman Guman was a former Thai SEAL and a rescue diver. He returned to service to be part of the rescue effort for the Thai youth football team trapped in a flooded cave. He died on the return leg of the 11-hour round trip into the cave. He was laying down air tanks to be used by the boys as they were brought out of the cave by rescue divers.

As I write this, s. Seven boys have been rescued.

Saman Guman was probably born brave, but one thing we know about bravery is that training helps. You can train to run toward danger instead of away from it. The military is one way to train for that, but it’s not the only way. You can train every day by taking responsibility for the world around you and acknowledging that you are an active participant, not an observer.

Rear Admiral Arpakorn of the Thai Navy said this about Guman’s death, “I can guarantee that we will not panic, we will not stop our mission, we will not let the sacrifice of our friend go to waste.”

We can all honor Saman Guman that way.

We won’t panic, we won’t stop our mission, and we won’t let sacrifice go to waste.