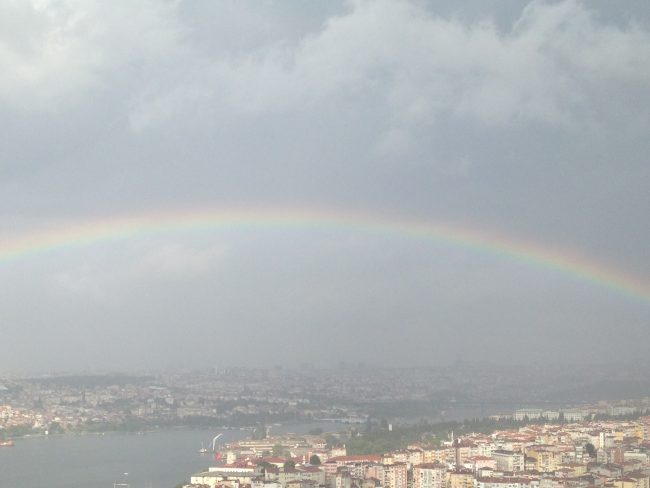 Samantha Field has this to say about the Orlando attack:

Believing that I don’t have the right to exist exactly as I am is hatred. Fighting against my civil rights is hatred… Referring to my existence as an abomination— which has happened to me multiple times over the last few days– is hatred.

…saying that anger and disgust and revulsion were on par with murder seemed so extreme–surely this is one of those times Jesus was speaking hyperbolically? I don’t think he was. I think he was talking about systems. He was talking about the creation of a system where Robert Dear could walk into a Planned Parenthood clinic and open fire while shouting “no more baby parts!” and then declare “I’m a warrior for the babies!” The hatred that stirred the “Center for Medical Progress” into slander prompted Robert to commit murder. Just a little bit ago James Dobson practically begged for someone to shoot LGBT people, trans people in particular, with a desperate plea of “Where is today’s manhood? God help us!” Thirteen days later someone in Florida decided that he was enough of a man to actually pick up the gun and go do something about those abominations.

The mention of systems got my attention immediately, because I am obsessed with systems thinking. I am not sure Field has it quite right here, but I think she’s on to something important.

Is hatred a system? Is it an accumulation of a thousand minor parts?

Speaking of systems, the consistently insightful Dave Algoso reminds us that problems are systemic, while solutions are specific. You just need a whole lot of specific solutions to finally change a system. Finally, My co-TED fellow Eric Berlow, who studies network ecology, told me something once that is very nearly my mission in life. He told me complex systems by their very nature have the most points of entry to change them.

So the biggest, ugliest, messiest systemic problems also have the most ways to get involved and start making them better. As Dave points out, no one person or group fixes a system alone. But efforts accumulate, and change does come. Whether the system is American politics, cultural homophobia, or just plain hatred.